7 Important Things to Know Before Traveling to Dubai 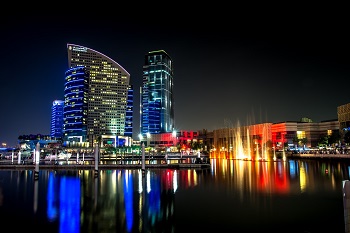 15.92 million tourists visited Dubai in 2018. Dubai is among the most popular tourist destinations in the world. Visitors from around the globe are attracted by the modern elegance of Dubai's architecture, the rich Islamic culture, luxurious hotels, and the popular nightlife. Before traveling to a foreign country, it is essential to learn a few details that might be helpful along the way. With its Islamic culture and laws, Dubai is very different when compared to other large western cities. Whether you are traveling for business or for leisure, respect the locals by observing their cultural and social laws. Here is a list of the top seven crucial things you need to learn before traveling to Dubai.

1. Book Flights and Hotels in Advance
International flights to Dubai generally release their cheapest tickets six months in advance. Although you don't have to book for flights this early, it is always a good idea to get your tickets at least one month before departure.
The best time of the year to visit Dubai is between November and March. During this time, the temperatures are much cooler, and the skies are clear. This is also the peak of the tourist season, so you need to make travel preparations way ahead of time.
It is the same story with most hotels and resorts. During the prime months, you need to book hotel rooms for at least two months in advance. Many classy hotels and restaurants don't accept unannounced walk-ins; you have to book room days or weeks before the visit.

2. The Weekends are on Fridays and Saturdays
In Dubai, Thursday is the last workday of the week. The weekend starts on Friday, making Sunday a working day. If you are visiting for business purposes, this is a crucial fact to note.
The metro service begins at 10 AM on Fridays. And although many businesses nowadays remain open throughout the day on Fridays, some close for a few hours in the afternoon.
Thursdays and Fridays have the busiest and most vibrant nightlife.
Most of the party hotspots are restricted to hotels, bars, and restaurants. Such establishments must have a liquor license to operate in Dubai. The fun crowds are usually a mixture of the locals and foreigners, so you won’t feel odd at such gatherings.

3. Ask Before Taking Pictures
We are always tempted to take hundreds of pictures as we travel to new places. In Dubai, however, you have to be careful with your camera. The government has some strict guidelines when it comes to taking photos of the local scenery.
Taking photos of children and women without their consent is illegal and could lead to arrest and heavy fines. You are allowed to photograph iconic buildings, monuments, and landscapes, but not government buildings, airports, and the metro.  If you must take pictures of the locals, always ask for permission first.

4. You Could Get in Trouble for PDA
Dubai is part of the United Arab Emirates. The region is governed by Islamic culture and laws, which has stringent social rules.
The law prohibits public displays of affection. This means no kissing, hugging, or holding hands in public. This usually comes as a surprise to many foreign travelers.
Some hotels may even require couples to show a marriage license before they can be assigned a shared hotel room. Unmarried couples can't be in the same room.
You could get arrested and fined for breaking these rules. The laws may seem bizarre, but they are one of the reasons for low crime rates in the UAE region.

5. Dress Decently in Public
Although you won’t get arrested for dressing inappropriately in public, it’s important to respect the local culture and code of dressing. Plus, you’ll avoid those disapproving looks from everyone you meet.
It doesn't mean you have to dress like the locals. Travel agencies recommend covering up the shoulders and most of the legs while in public. Also, adhere to the appropriate dress code when visiting mosques; otherwise, you might get kicked out.
Most prime beaches are privately owned by hotels, and this means you can wear a bikini. But when visiting a public beach, you might want to ditch the bikini or at least cover it up with a shirt and a beach dress. The same goes for men in mankinis and any other revealing swimwear.

6. Drinking is Acceptable
Drinking alcohol in Dubai is acceptable from the age of 21, so make sure to carry an ID before hitting the bar. Only licensed bars and restaurants are allowed to serve liquor. Drinking in public places like public beaches and the streets are strictly prohibited.
Drink responsibly and don’t stagger your way into the streets. This may attract some frowning faces and possible police intervention if you exhibit foul behavior or language.

7. Dubai is Perfectly Safe
Despite the high political and social tension in the Middle East, the EAU is among the safest countries in the world. Street crimes are rare, and it’s perfectly safe to take a stroll at night or take a taxi. Pickpocketing is the most common petty crime, and even such cases are rarely reported.
The city is just as safe as these listings.
The only caution you should take is when crossing the streets. Reckless driving is a major issue on the roads of Dubai. Many motorists completely ignore pedestrian crossing, so don’t always assume that you are safe at a set of lights or at a crossing.

Enjoy Traveling to Dubai
Dubai is generally perceived as an extravagant tourist destination. On the contrary, you don’t have to be a millionaire to travel to Dubai. Although many attractions and hotels are quite expensive, you could still experience Dubai on a budget.
The city has grown rather progressive over the last few years. Mid-market accommodation is popping up all over the city. As it prepares to host the 2020 Expo, Dubai is brimming with reasonably priced eateries in prime areas of the city as well.
You don't have to worry about the cost of getting around the city either. The metro and city cabs are handy and cheap ways to travel to various destination.
With these seven tips, you should have an idea of how to prepare for traveling to Dubai. Please continue reading our blog for more travel tips.